Rückblick:
The Role, Influence and Power of the Media in Public Diplomacy 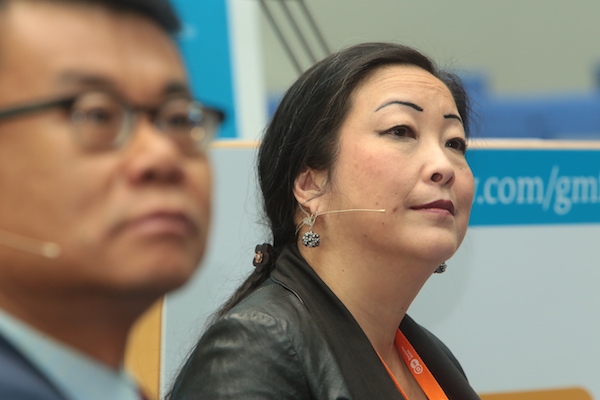 
On 14th June 2016 the German-Chinese Media Network‘s panel discussion “The Role, Influence and Power of the Media in Public Diplomacy: Chinese and Western Perspectives” took place in Bonn in the course of the Global Media Forum 2016. China, like any other country, has the right to promote its political concepts and guidelines through a Public Diplomacy strategy to the world – on this point all participants of the panel discussion agreed. However, several other issues raised during the 90 minutes discussion were intensely disputed, for example when Zhang Yong and Shi Anbin criticised the “negative image” of China in Western media.

Libby Liu responded that this phenomenon, critical reporting, is something typical for Western media that isn‘t exclusively applied to China but in the same way to any other country in the world. On the other side, she criticised that the positive reporting of Chinese media – a purported “cultural difference” to the Western journalistic approach – obviously is only applied to China‘s internal affairs while reports about other countries show no such tendency. Liu said expressed the hope that her own job one day will be made superfluous by the introduction of press freedom in those Asian countries where Radio Free Asia currently still “has to” broadcast.

Shi Anbin emphasised that the media departments of Chinese universities are well aware of journalistic skills and Western media values. The same applies to the university graduates who, unfortunately, in their daily work routine would have to handle the fact that China´s government is still in a “self-defense mode”. With regard to Public Diplomacy he noted that so far China‘s efforts in Africa have been more succesful than the ones in Europe. 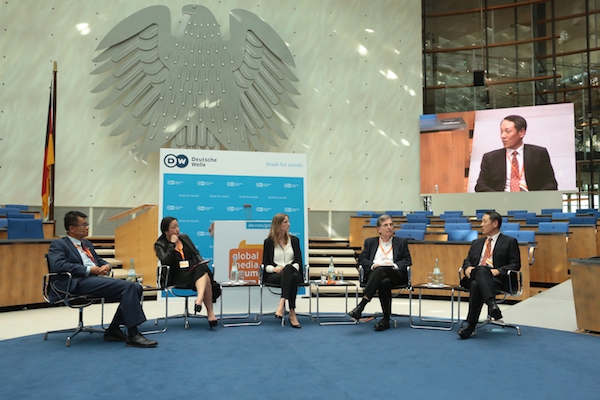 Zhang Yong criticised the often one-sided reporting on China in Western media, giving the following example. After Xi Jinping visited some Chinese media companies a few months ago, Western media merely focused on one detail of the leaders speech – namely that Xi was asking them for state-loyal news coverage. Western media didn‘t report that at the same time leading politicians have been requested to open the country. Zhang inferred from this that Western media deliberately reproduced a cliché with the aim of showing China in a bad light.

Jim Laurie expressed a general dissatisfaction with the quality of Chinese journalism which, he argued, could do better even given the prevailing political restrictions, and he criticised the low payment of journalists especially at state media. The latter would seem to be a cause of the former, considering for example that many well-trained journalism graduates with Internet expertise choose to work for the digital start-up scene instead of a media company, due to the higher salary level there. With regard to Public Diplomacy, China is abundant with wonderful contradictions, Laurie argued: While the news coverage of Chinese media companies in China itself is often poor, for economic reasons and because they are still not allowed to cover all aspects, it can prove excellent when it comes to reporting from other parts of the world. In Latin America, he thinks, it is sometimes even better than BBC‘s.

<< Rückblick:
A (Bad) Dream: Being Correspondent in China